Hosted by the Center for Evolution and Medicine, anthropologist Melvin Konner  spoke about his thought-provoking book “Women After All: Sex, Evolution, and the End of Male Supremacy” on Wednesday, Aug. 26. 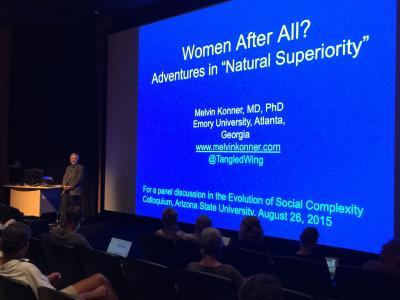 Konner discussed how in the biological battle of the sexes, women and men fundamentally differ and why he believes women come out on top. He explored the links between evolution and neurobiology, anthropology, psychology, embryology, history, economics and politics. His book has received wide acclaim and expected criticism. As Konner explains in the introduction, “This book will have something to offend almost anyone.” 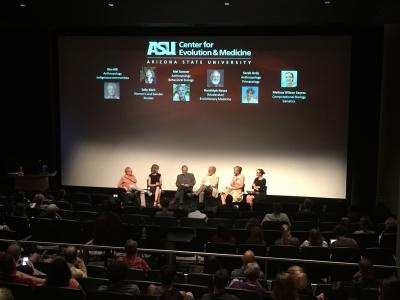 Konner’s presentation was followed by discussion among experts in the fields of primatology, genetics, anthropology and gender studies.

Kim Hill, an anthropologist and professor in the School of Human Evolution and Social Change at ASU, whose work focuses on human evolutionary ecology and the formation of the unique characteristics of the human species started off the discussion for the night. He says “he’s on board with the big picture,” although he “cannot proclaim either sex to be superior.”

Sarah Blaffer Hrdy, primatologist and professor emerita at University of California, Davis, noted that Konner’s book “is the best available examination of how and why men and women differ and how 21st century humans can use this knowledge to forge a better world.” She assured the audience that “He’s not telling us that one sex is superior to the other,” and “it’s sexual selection that we should be thinking about.”

Sally Kitch, Director of the Institute for Humanities Research at ASU and a Regents’ professor of Women’s and Gender Studies suggested that “genes matter, a lot, but experience, learning, culture and environment also matter a lot.” Kitch’s said that Konner’s book left her wondering “How do we get more concise about the interaction between experience and culture?”

Also on the panel was Melissa Wilson Sayres, geneticist and assistant professor in the School of Life Sciences at ASU. Her research interests include the evolution of sex chromosomes in mammals and her recent article examines the dramatic decline in genetic diversity among males 4 to 8 thousand years ago. Melissa suggested that we asked the simple, yet not so obvious question, “Why do we even have a sex chromosome?” as no other chromosomes are labeled by their “functions.” She pointed out that there is more variation to the “sex chromosome” then most people imagine, XX and XY not being the only possibilities.

Konner has authored 11 books, including the best-seller “The Tangled Wing: Biological Constraints on the Human Spirit;” “Becoming a Doctor; Why the Reckless Survive, and Other Secrets of Human Nature.” He is co-author of “The Paleolithic Prescription,” the first book about the so-called Paleo diet.

The panel discussion was also covered by The State Press here: http://www.statepress.com/article/2015/08/are-women-superior-men 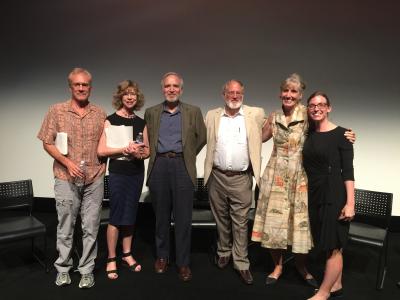