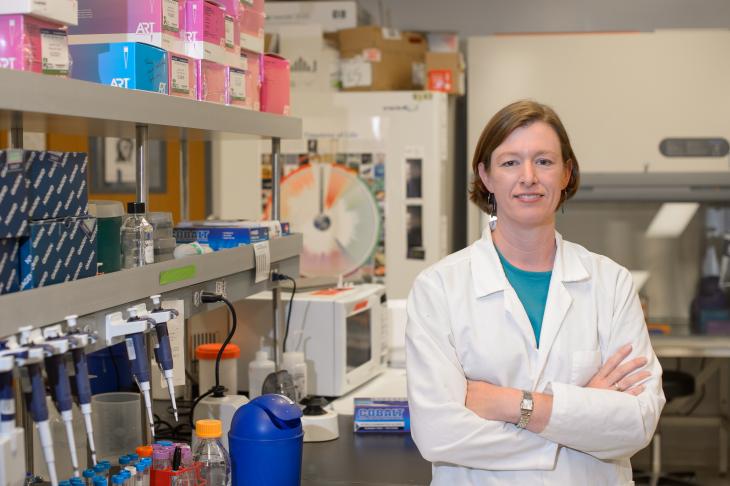 Tomorrow night, at the 154th annual meeting of the National Academy of Sciences, Regents’ Professor Anne Stone will be inducted as one of its newest members.

Stone, Associate Director of the Center for Evolution and Medicine, was announced as one of the 84 inductees back in the spring of 2016. Members are elected to recognize their outstanding achievements in original research.

“It is a great honor and quite a surprise to be elected,” Stone said to ASU Now at the time of the announcement. “I am humbled and very appreciative of all the great students and mentors that I have had over the years.”

An anthropological geneticist, Stone studies genetic data to investigate population history and adaptation in humans, other animals and pathogens. Her specific interests within that larger area are Native American population history, the evolutionary biology of Great Apes and understanding the evolutionary history of pathogens in humans and other animals.

The National Academy of Sciences is a private, non-profit society, formed through an Act of Congress in 1863. Its goal is to provide independent, objective advice to the nation on matters related to science and technology.

The induction ceremony will be broadcast live on the academy’s website, starting at 8:00 p.m. EST on April 29.

According to @ben_trumble's research, featured in this article, editing genes could "disrupt processes we didn't realize were important." https://t.co/0UKFhQT7bO