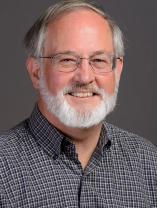 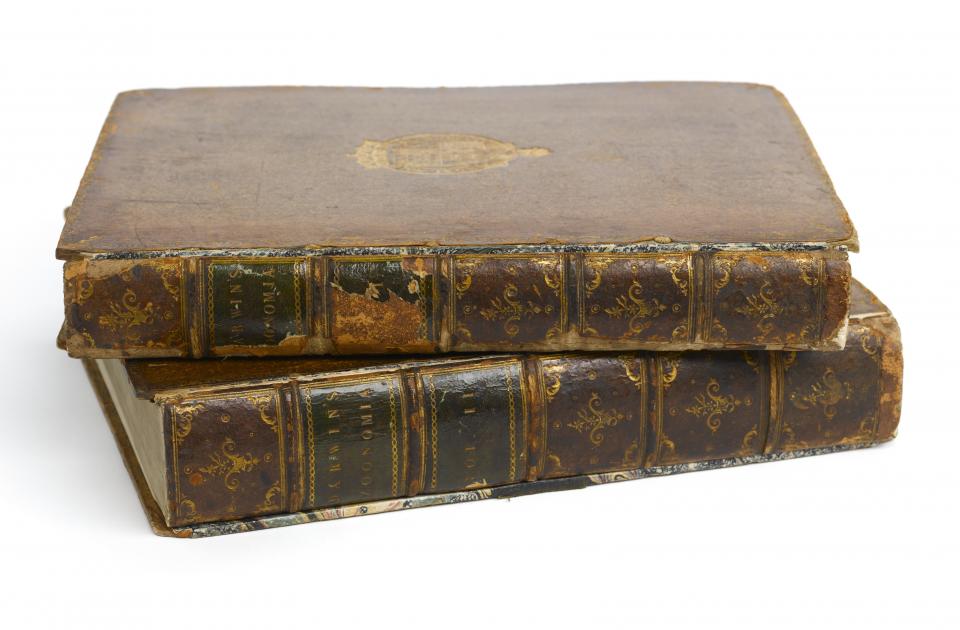 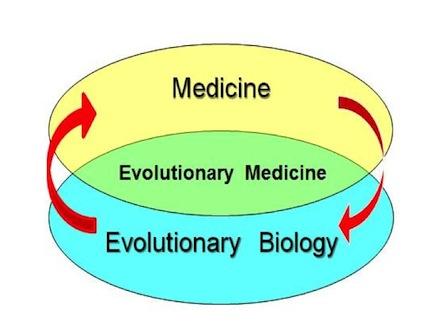 3. How does evolutionary medicine transform our understanding of disease?
Evolutionary medicine poses a fundamentally new kind of question about disease. Instead of only asking how bodies work and why some people get sick, evolutionary medicine also asks why natural selection has left all of us with traits that make us vulnerable to disease (1). Why do we have wisdom teeth, narrow coronary arteries, a narrow birth canal, and a food passage that crosses the windpipe? Evolution explains why we have traits that leave us vulnerable to disease, as well as why so many other aspects of the body work so well. For instance, the usual question about back pain is why it afflicts some individuals. Evolutionary medicine also asks why back problems have been a problem for all hominid species since they first walked on two legs. 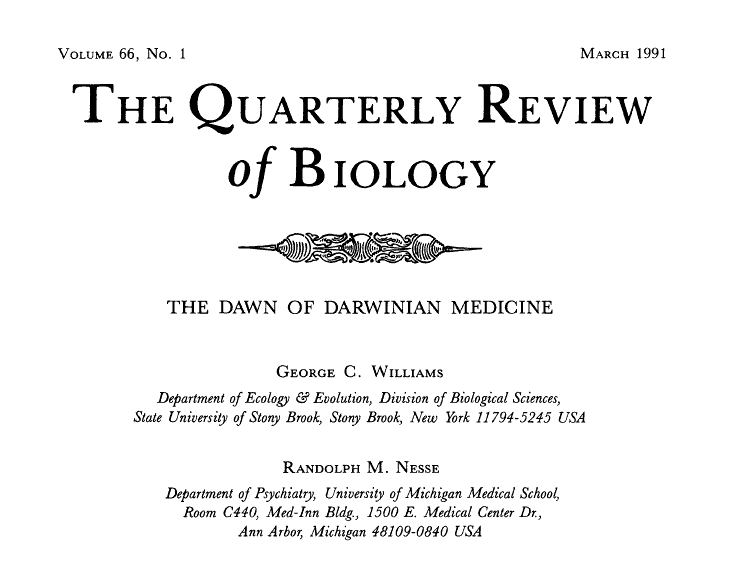 4. Is evolutionary medicine mainly about diseases caused by our modern environments?
Most chronic disease results because our bodies are poorly prepared to stay healthy in modern environments(4), but this is only one of several evolutionary explanations for why we get sick(5). Vulnerability to infections persists because pathogens evolve so quickly. Not all deleterious mutations can be eliminated because there are limits to what natural selection can do. Other vulnerabilities result from inevitable tradeoffs, including the big one of maximizing reproduction even when that harms health. Also, selection has shaped many defenses, such as inflammation, whose utility comes at a substantial cost in tissue damage and suffering. These are not alternatives to standard medical explanations, they are complementary deeper explanations.

6. Evolutionary medicine shows how diseases are useful, right?
Wrong. Diseases are not adaptations shaped by selection. There is nothing useful about pneumonia, schizophrenia, epilepsy, or cancer. Trying to understand diseases as if they are adaptations is a mistake, one that is unfortunately as common as it is serious (6). However, many symptoms of disease, such as pain, fever, vomiting, cough, and fatigue, are adaptations. The systems that regulate such defenses are, for good evolutionary reasons, prone to failures that cause chronic pain, anxiety disorders, and many other diseases.

7. Is evolutionary medicine useful?
It sure is! Some applications are relatively direct — doctors who understand how selection shaped regulation mechanisms can make better decisions about when it is safe to use drugs to block fever and cough(2,3). However, like genetics and microbiology, evolution is a basic science that mainly provides new understanding that lead to new treatments(1,7,8). Evolutionary models that analyze the evolutionary competition between cells in a malignancy have led to new chemotherapy strategies that greatly extend the lives of mice with cancer(9). Models of antibiotic resistance suggest that “take every pill in the bottle” may be bad advice(10). We must find out what in our modern environment is causing the new epidemic of autoimmune diseases like diabetes, multiple sclerosis, and Crohn’s  disease(11).

8. Don’t most doctors already know all about evolution?
No, most doctors would likely fail the midterm in an introductory evolution class(13,14). Even medical leaders often have gross misconceptions. A famous geneticist once suggested at a big Darwin meeting that selection keeps mutations happening for the good of the species, an idea has been recognized as a mistake for 50 years. The belief that long association with a host makes viruses milder remains common among physicians, decades after Paul Ewald and others pointed out that selection maximizes transmission of pathogens even if that kills the host. Engineers learn the principles of thermodynamics so they don’t make mistakes like trying to build perpetual motion machines. Doctors never learn the principles of evolutionary biology, so major misconceptions persist in medicine(15).

9. Why don’t medical schools teach evolution the same way they teach other sciences?
Most medical schools have no evolutionary biologists on faculty, few doctors who know much about evolution, and some who think bodies are products of intelligent design. Even the core idea that evolutionary explanations are needed to complement descriptions of mechanisms is unfamiliar to most doctors. Some display their naiveté of methods for testing evolutionary hypotheses by spouting the phrase “just so stories,” as if that is a devastating critique. Some actually teach “just so stories.” That evolution in the medical curriculum remains in the 19th century is shameful.

10. How long will it take for medicine and public health to make full use of evolutionary biology?

Progress is now rapid(16). The International Society for Evolution, Medicine and Public Health has created a network of evolutionarily sophisticated researchers, educators, and clinicians, and new education resources, including EvMedEd.org. Several new textbooks are available (8,17,18) along with a new journal, Evolution, Medicine, & Public Health, and The Evolution and Medicine Review. The evolution questions recently added to medical school entrance examinations are spurring enrollment in evolution courses. Students who have taken an undergraduate evolutionary medicine course are arriving at medical school full of new questions. They will grow up to be medical school deans. When they do, evolutionary biology will finally be recognized widely as an essential basic science for medicine.