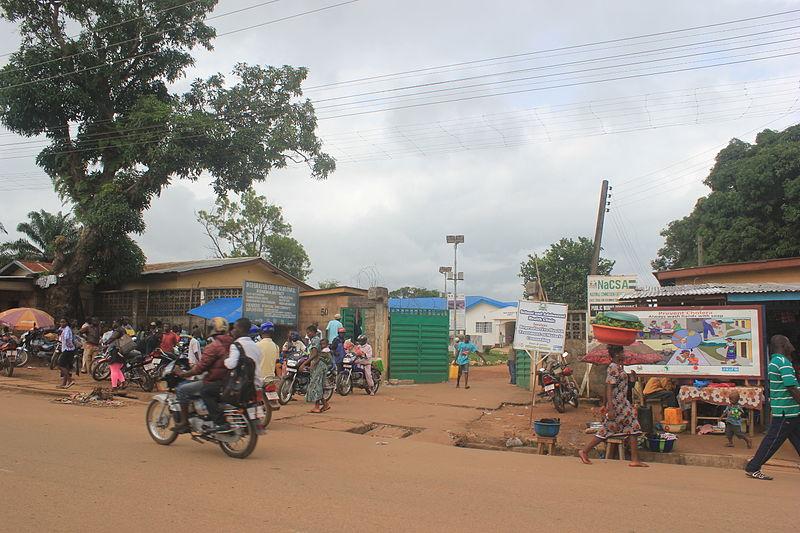 The West African Ebola outbreak dominated headlines in 2014, but the evolutionary lens required to truly understand how infectious diseases emerge to become epidemics was rarely included in the media coverage. Instead we’ve moved on, now we read about chikungunya, MERS, and Zika… but these dangers are all linked by the evolutionary arms race that shapes people and pathogens. Here we consider how the human-animal interface, viral evolution, and human social networks each played a role in the spread and suppression of the largest Ebola epidemic in human history.

Spillover… the journey from host to host

Ebola is not adapted to humans… Ebola is likely adapted to bats, although this has not been demonstrated conclusively. If bats are the natural host of Ebola virus (i.e. the reservoir for the pathogen), then, via some interaction with bats, whether direct or indirect (such as contact with their feces or with fruit that an infected bat has chewed on), the virus can “jump” or “spillover” into a new species. Ebola virus likely causes little or no damage to bats because of a long-term interaction between the host (bats) and the virus. However, Ebola virus is often deadly to other species, including humans, chimpanzees, and gorillas.

A new pathogen that jumps or spills over into humans from an animal reservoir causing high mortality has gotten the silver screen treatment in Outbreak, Contagion, and in And the Band Played On. Aside from scientists being excessively stylie with great lighting and lightning fast equipment- these films do give a sense of the helplessness, panic, and difficulty in identifying the source of a pathogen, how it evolves, and how to treat and prevent infection. Ebola virus has been an intermittent zoonosis (a disease transmitted to humans from other animals) for some time. Until recently, however, it typically caused relatively small and localized outbreaks that were contained and/or “burned out” such that there were no new patients to infect. This end to the outbreak often occurred when villages quarantined infected people while surrounding villages blocked entry to prevent the spread of the disease.

Let’s talk about a rEVOLUTION!

We all want to change the world…but if you are a virus whose world (i.e. host) changes, then you have to evolve to survive. Because of the unprecedented and devastating scale of this Ebola outbreak, scientists were able to study the disease unlike ever before, observing how the virus evolved and developing tools and knowledge to anticipate its evolution in the future.

The changes that we see in the Ebola virus genome - its evolution - over the course of the epidemic do not appear to lead to adaptation of the virus to the new human hosts. After the spillover event into humans, the virus did accumulate mutations that resulted in changes in the amino acid sequences of the proteins that they encode, known to geneticists as “nonsynonymous mutations.” Researchers find that this is consistent with incomplete purifying selection models where most changes are bad but don’t necessarily get removed. In addition, they caution that these mutations could possibly lead to viral adaptation to the new host (Gire et al. 2014).

Others disagree. Subsequent analyses of the same data by Olabode and colleagues (2015), however, suggest that the changes are consistent with neutral evolution ...random changes that do not lead to adaptation. In a study of Ebola virus genome sequences from Sierra Leone, Park and colleagues found that mutations causing protein changes, are actually less likely to persist over the course of the epidemic. Unlike the incomplete purifying conclusions of Gire and colleagues, this re-evaluation suggests more complete purifying selection- most of the changes in the Ebola genome during the epidemic were indeed bad for the virus and were weeded out as the epidemic continued (2015). But not too fast… Researches are detecting weak signals in a few genes, including glycoprotein (GP) involved in host-virus interaction, that hint at selection for viral genes that work against the human immune response. Dun Duh Dun.

But considering all the research all together, the take home message here is that while the virus is certainly changing, it does not seem to be changing in a way that could make the virus persist within human hosts in a sustained epidemic.

Modes of transmission are important….and though Ebola is unlikely to become an airborne virus, one key insight that we get from studying Ebola virus genomes is an understanding of the how the virus spread across West Africa. Studying these transmission patterns tells us who gets sick from whom and the transmission pathways through the population. The genome sequences provide a way to draw a family tree showing how early outbreak sequences relate to those found in later patients. Such family trees help answer many questions: Were there multiple introductions of Ebola virus from wild hosts? Once the epidemic began, were there multiple introductions into each affected country? Are there “super-spreaders” who were key to virus transmission?

Scientific study of the Ebola genome revealed that the virus in West Africa was related to viruses found in Central Africa, the site of the previous outbreaks and suggests that there was a subsequent spread (via bats?) to West Africa within the last decade (Baize et al. 2014, Gire et al. 2014). In addition, this research indicates that the West African outbreak was the result of a single spillover event in Guinea. Ebola genome sequences show patterns of transmission within each country and to cases outside that are useful for understanding the dynamics of the epidemic (Caroll et al. 2015, Ladner et al. 2015, Park et al. 2015, Simon-Loriere et al. 2015, Tong et al. 2015). These studies show that in Sierra Leone, the outbreak was tied to the initial introduction from Guinea, while in Liberia, there were multiple introductions, though one caused most cases. Sierra Lione and Liberia also exported the virus to other countries including Guinea and Mali which helped the epidemic continue there.

The family tree of Ebola virus also helps us understand how quickly the genome mutates over time. As a result, we know that Ebola virus evolves relatively slowly and as a result, vaccines are likely to be successful in preventing future cases. This is in marked contrast to viruses such as flu virus which mutates so rapidly that new vaccines are required annually as well as super-fast mutating viruses such as HIV where vaccines have yet to be successfully developed.

The costs of the Ebola epidemic were huge to the families and economies of affected countries. As of February 10, 2016 the total number of cases (suspected probable and confirmed) was 28,639 with 11,316 deaths. The peak of the epidemic in September 2014 – January 2015 saw more than 400 cases per week in Liberia and Sierra Leone. This rapid spread was fostered by traditional funeral practices, poor health infrastructure, limited drug treatment options (and no vaccines) and the time it took to mount a large response.

While there is no evidence for “super-spreaders” who secrete more Ebola virus than others, there were cases that did result in a large number of subsequent cases because of the social networks that they were a part of. There was also the initial concern that women would be at greater risk during the epidemic because they are more likely to be nurses at clinics and/or caretakers of sick individuals in the home. Also, the immune system during pregnancy is suppressed, potentially imperiling pregnant women. However at the conclusion of the epidemic, women represented 51% of cases not the large difference predicted from the first months of the epidemic. Additional epidemiological data will be important for examining relative risk and mortality in the populations affected (Menendez et al. 2015).

Spill they will. What’s next?

This epidemic has subsided. One of the most important methods for slowing and stopping the spread of the disease was universal precautions and barrier protection. This is the prevention of direct or indirect contact of potentially dangerous biological fluids to the eyes, mouth, nose, or other tissues. Summarized briefly: “If it’s wet, don’t touch it. If it was once wet, still don’t touch it. Wear things so that fluids don’t touch you.” Indeed the protective garb that clinicians wore while treating Ebola patients looks remarkably similar to the garb of doctors treating plague patients in the 1600s.

Lessons learned in this epidemic will help speed public health responses to the next one. Identifying new cases quickly, using vaccination to protect those at risk for exposure, and maintaining infection control and prevention in health settings are important for this effort…… and will be for future outbreaks of Ebola and other zoonoses that spillover from animal reservoirs or re-emerge in the human population. Among some Ebola survivors, the virus still persists in in their bodies (like in their eyeballs!). These survivors (who often face terrible stigma) can help us understand the effects of the virus on human physiology in the long term, how and why the virus persists in some people, and perhaps why some people survived while others did not.

And read more about mutations in the human genome from Professor Melissa Wilson Sayres!

N.B. Links to corporate products are not endorsements of anything other than that is an awesome song. -K. Hinde, Blog Editor