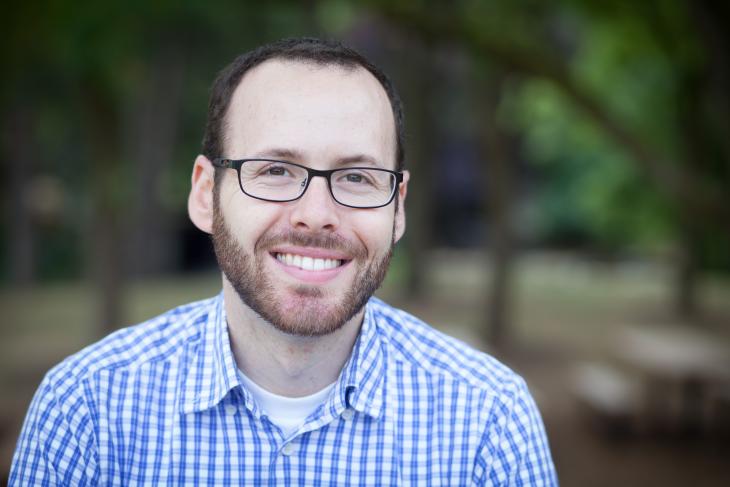 When managing a lab, supporting research with evidence is the only way to prove a theory. But while running a classroom, according to Daniel Grunspan, most faculty members choose to teach in ways they believe are best. The Center of Evolution and Medicine postdoctoral scholar aims to change pedagogy so that methods of instruction are more closely aligned with methods of research.

“A big part of scholarship is teaching students, but we don’t do it in an evidence based way,” Grunspan said. “Scientists won’t believe anything unless you show them empirical evidence, but many will teach based on what they believe.”

Grunspan joined CEM to help his advisors, assistant professor Sara Brownell and CEM director Randolph Nesse, design evidence-based methods of teaching evolutionary medicine. The three recently earned a grant for $300,000 from the National Science Foundation to do so throughout the next three years.

According to Grunspan, their first step was to define the core principles of the discipline. To do this, they reached out to 56 experts in diverse areas throughout the field of evolutionary medicine with an iterative survey. With a clearer picture of the most important concepts students needed to learn, their next step will be to figure out a way to assess student learning.

From there, they can continue working backward to create evidence based teaching materials based on best practices they can share with the educational community. Grunspan said he hopes that by creating resources, professors will be encouraged to change their methods from ones based on what they think is working to what has been proven as effective.

“Something that we’ve learned in the education research community is that even though there are evidence-based ways to teach students, simply telling instructors to use them is often ineffective – it can be an overwhelming suggestion,” Grunspan said. “It’s going to take cultural generations for change to happen.”

Grunspan himself only came to this understanding after stumbling into educational research as a graduate student at the University of Washington. During the third year of his program, he decided to take a human social networking class and sign up as a teaching assistant for molecular and cellular biology.

That’s when Grunspan met Ben Wiggins, who was responsible for training TAs and was starting his own PhD program in education. Wiggins was planning to do research on active learning teaching styles, leveraging the university’s massive, 700-1200 student introduction to biology courses as a resource. Hearing that, Grunspan took what he was learning in his social network class and asked if he could apply it to Wiggin’s research. He wanted to know who students were learning with.

“Do we have any idea, in a large classroom, how students form their study partnerships — and can we predict what they’re doing with a model?” Grunspan asked. “Are students making logical decisions about who they form groups with? Are they studying with people who are going to get them better grades?”

Wiggins agreed, and the two tracked student social networks during summer classes to see whether students had a “prestige bias”. Basically, if students saw a peer do well in the class, were they likely to want to study with that peer? The experiment went so well, they decided to repeat their methods with two additional classes. Grunspan said it was a lot of work, but an unexpected discovery made it worthwhile.

As it turned out, by the end of every class, there were always three to four students that everyone else knew understood the material very well – and they were always male students, despite the classes having an average of 58 percent women.

They then tried to figure out where this trend came from by modeling out what predicts someone to be nominated as strong in a class. They looked at performance, whether someone speaks up often, whether a person was nominated mostly by those that shared a lab section with them — and, finally, they looked at gender. Ultimately, they found that while women made nominations based on the first three factors, gender was a significant factor in who men nominated by every metric.

“It was gut punching,” Grunspan said. “But it’s one of those things because, whenever you talk about gender issues in STEM, people tend to ignore biology because it’s 60 percent female. But at the same time, it’s clear there’s a leaky pipeline. There are more male biology professors then there are female, even though there are more women getting their bachelor’s degrees in the life sciences.”

That research project is what pushed Grunspan to become a biology education researcher in the first place, and what led to him meeting Brownell while she was a postdoc herself at the University of Washington. Without that, he might never have ended up working to improve the way students are taught.