Evolution and religion: Finding middle ground in the biology classroom

Evolution and religion: Finding middle ground in the biology classroom 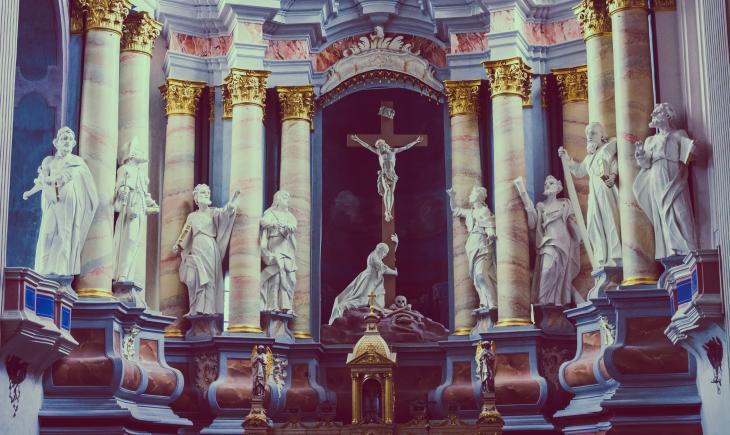 Yet, researchers at Arizona State University have discovered that using a short, evolution teaching module focused on the perceived conflict between religion and evolution actually reduced the number of students with this perception by 50 percent — a big success considering about half of all undergraduate students identify as religious.

In a series of papers published in CBE Life Sciences Education and The American Biology Teacher, Sara Brownell, a School of Life Sciences assistant professor, and Elizabeth Barnes, a doctoral student, present research findings that listening more carefully to religious students and discussing religion in the biology classroom, improved the students’ sense of belonging in the sciences and also decreased their perceived conflict between religion and evolution.

Barnes, lead author of the studies, said: “There is growing evidence that there’s a disconnect between instructors and students at public institutions in an evolution type class. For the most part, biology instructors are not religious, yet a large number of their students are religious. This dissimilarity becomes a problem in learning evolution.”

The scientists conducted three studies. The first investigation looked at how faculty members teach evolution in Arizona’s public universities and whether they acknowledge students’ religious beliefs in the classroom. The second asked the question, “How do religious students feel in the biology classroom?” And the third investigated the use of a short, evolution module that shows students how the two topics do not actually have to be in conflict. The module was tested in an introductory biology course.

“We talk about the nature of science versus the nature of religion,” added Barnes. “Questions about the natural world can be answered by science. Questions about purpose, ethics and the existence of God are explored through religion. By acknowledging and discussing the spectrum of viewpoints between religion and evolution, we’ve shown, surprisingly, both religious and non-religious students show a decreased perception of conflict.”

The module also features a section on religious scientists who serve as role models.

Brownell, a neuroscientist who studies education, said old stereotypes that someone can’t be both religious and a biologist need to be discarded. She said these stereotypes may also be a barrier for underrepresented minorities to pursue careers in biology.

Brownell added that the overarching goal of their research is not to change people’s religious beliefs, as that is an important part of students’ identities. Instead, the evolution teaching module is aimed at increasing acceptance of evolution and debunking the idea that students must choose a side.

For their next step, the researchers are studying how instructors at religious universities teach evolution.

(This article was originally published on ASU Now).