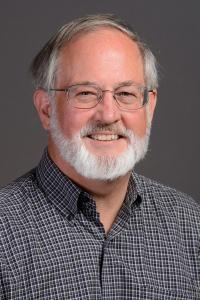 Randolph Nesse, founding director of Arizona State University's Center for Evolution and Medicine, has been honored for his lifelong contributions to research in the field of evolutionary medicine and his efforts at making evolutionary biology a foundational part of the medical school curriculum. The ASU Foundation Professor and professor of life sciences was given a Lifetime Career Award for Distinguished Scientific Contribution by the Human Behavior and Evolution Society, at the society’s annual meeting in May at the University of Missouri. The association’s most prestigious award is given to a member who has made distinguished theoretical or empirical contributions to research in evolution and human behavior.

“Nesse’s most visible achievement is the co‐founding and development of the wonderfully interdisciplinary field of evolutionary medicine,” wrote Sarah Blaffer Hrdy, the 2013 Lifetime Career Award winner and professor emerita of anthropology at the University of California-Davis, in her nominating statement. Comparing him to others in his field, Hrdy concluded, “Nesse is currently peerless.”

In receiving the award, Neese said, “This is an enormously appreciated recognition from so many who have worked to hard to build our [Human Behavior and Evolution] Society. It really has changed the world.”

Nesse is an internationally renowned expert on evolutionary approaches to mental illness and his research has had a profound effect in changing the way we think about human health. Nesse’s seminal work, in collaboration with George C. Williams, is the book "Why We Get Sick: The New Science of Darwinian Medicine," which has been translated into 10 languages and has inspired numerous conferences and hundreds of scientific articles.

Nesse’s wide-ranging research on stress, depression, anxiety, bereavement, substance abuse and the origins of morality have added greatly to the body of knowledge in the field. He founded and edits the scientific publication, The Evolution and Medicine Review.

Before coming to ASU, Nesse was a professor of psychiatry and psychology at the University of Michigan where he directed the Evolution and Human Adaptation Program, and helped to found one of the world’s first Anxiety Disorders Clinics. His early research on the neuroendocrinology of anxiety evolved into studies on the origins of aging, leading to a deep commitment to evolutionary applications in medicine.

The Human Behavior and Evolution Society is dedicated to the study of the evolution of human behavior and was founded at a 1988 meeting at the University of Michigan organized by Nesse and his colleague Bobbi Low. The society was formed to promote the exchange of ideas and research findings using evolutionary theory to better understand human nature. Nesse served as the second president and he chaired the publications committee for over a decade.

This article was also featured on ASU News.