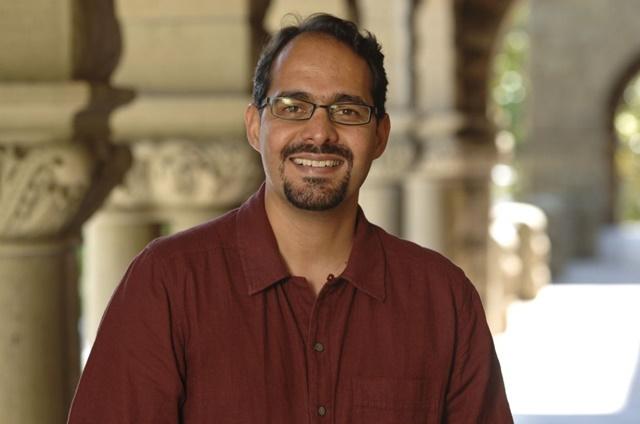 This Center for Evolution and Medicine Seminar features Andres Moreno Estrada, Professor and Head of Genomic Services at the National Laboratory of Genomics for Biodiversity. Dr. Moreno Estrada is a medical doctor and population geneticist deeply interested in molecular evolution and its implications in human population history and medical genomics. During his PhD, he was trained in evolutionary and population genetics, which complemented his previous medical background. As a postdoctoral fellow with Dr. Carlos Bustamante and research associate at Stanford University, he works on integrated genomics, evolution and precision medicine in many different projects involving large collections of populations, in particular from the Americas and the Pacific. His lab group is interested in human evolution, adaptation and population history, as well as the biomedical implications of human genetic diversity in underserved populations of the world.

Genetic data is transforming our understanding of the natural world and the diversity of our own species. Latin America is among the regions that concentrate most of the biodiversity of the planet, including ethnic, linguistic and cultural diversity of Latin American human populations. However, despite the globalization of biotechnologies to analyze the human genome, indigenous populations from the Americas remain underrepresented in large-scale genomic studies.

In this talk, I will discuss recent efforts to characterize the genetic profile of Native Americans throughout the continent and focus on regional approaches aimed at resolving finer scale population structure patterns and human migrations throughout Mexico, the Caribbean, South America, and the Pacific.

This topic poses challenges and opportunities to adequately study human diversity not only for the benefit of researchers and science, but also for the benefit of the local communities, which are bearers of a unique evolutionary history that has been recorded in their DNA. This rapidly evolving field also raises questions about the best practices when applying genomic approaches to promote a sustainable use of Latin American biodiversity in a modern and globalized world.