Home / From the Director 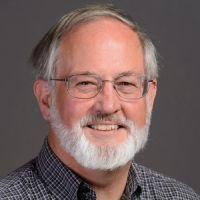 Randolph M. Nesse is a physician who has dedicated his career to establishing evolutionary biology as a basic science for medicine. His research on the neuroendocrinology of anxiety evolved into studies on evolution and aging. This led to a series of seminal publications with George Williams that established the now-fast-growing field of evolutionary medicine. Nesse is the President of the Foundation for Evolution, Medicine & Public Health.

Dr. Nesse's primary current research is on how selection shapes mechanisms that regulate defenses such as pain, fever, and anxiety. Closely related work investigates the origins and functions of emotions and mystery of why emotional disorders are so prevalent. He also studies how social selection explains capacities for altruism and commitment.

Nesse is the Founding Director of the ASU Center for Evolution & Medicine. Center initiatives include producing research that demonstrates the power of evolutionary biology to address problems in medicine and public health, developing new courses and curricula for ASU students, medical schools and practicing physicians, creating online resources, and holding conferences and workshops for researchers and clinical professionals. Nesse teaches courses in evolution and medicine, as well as evolution and mental health.